You are here: Home / Kumar News / Commotion in the Country

The Indian government announced that old notes will no longer be accepted at petrol stations after Friday, fueling anger over the elimination of high denomination bills which has caused an unprecedented cash crunch all over India.

Indians were originally given up to December 15th to use the old bills at filling stations but the government rushed the deadline two weeks early. This forced millions of commuters still using the old 500 rupee notes to spend them within 24 hours.

Prime Minister Narendra Modi sparked an uproar with his announcement on November 8 that all 500 rupee and 1,000 rupee notes (worth $7.5 and $14.5) would cease to be legal tender.

The demonetization policy could have been planned appropriately and then rolled out gradually, but instead, the government insisted the early elimination would fight and chance of corruption. However, the move only triggered chaos with long lines forming outside banks as people tried to deposit their old notes and exchange them for new ones.

The massive run to the banks in the 24-hour period forced Banks and ATMs to run out of cash and limiting the amount of withdrawals.

As I sit here to write about my convictions as a remedy for the present situation in India, my heart aches at the thought of several people dying, due to their inability to withdraw money from the bank. It has been about two weeks since the honorable Prime Minister announced his decision on demonetization of Rupees. This has caused many politicians to be divided in their views.

My personal convictions are based on the Statement of Faith shared by Shepherding the Nations. This is implemented in the endeavors of ‘Serving the Needy’ in India.

The teaching at STN India is done mainly in rural areas where 83% of India’s population now lives. The focus of our teaching is to bring conviction to the lives of those in the community. Consequently, the testimonies of our participants in their community have displayed a transformation of their inner lives reflecting moral, ethical and spiritual values. This in turn has resulted in healthy interpersonal relationships.

This inner transformation is also a display of renewing the mind causing us to be obedient to the government. STN India, however, has taken the responsibility to teach moral, ethical and spiritual values through the transforming power of the Holy Spirit and by using the teaching material. In Acts 2:37 it says “Now when they heard this, they were pierced to the heart,” This verse refers to ‘hearing of the Word of God’. Another great illustration of this is how a lady named Lydia, a seller of purple fabrics and worshiper of God, was listening to the Word, “and the Lord opened her heart to respond to the things spoken by Paul” – Acts 16:14

We are talking about real life changing stories in India. Lives are being changed and transformed through obedience and responsibility. With what has happened in the last several weeks many are putting away evil deeds such as being involved in ‘black money’ and evading tax payment. If this is not the remedy that comes directly from God then what is it?

While there is all sorts of commotion going on in the country, there is no one complaining or any confusion coming from our groups. That is because their financial records are clean. Taxes are paid on time and our conscience is clear from black money. Here is a photo of one of our groups. 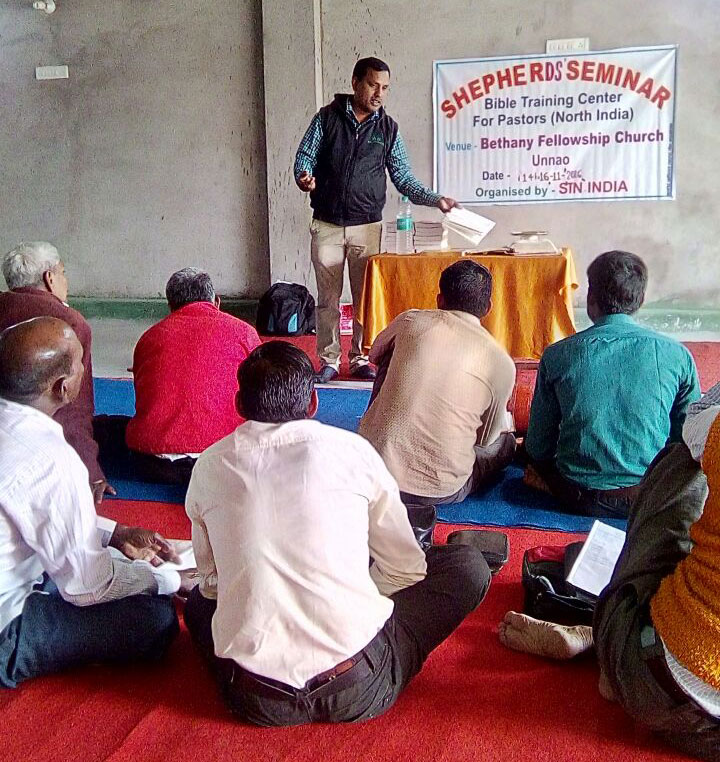 As of, now our training programs are being held in several parts of the country. With over 110 people participating, these men have come from one of the remotest areas of the world. They have come to study and to be equipped so that they can teach others. These men desire to be a blessing in the country and community and to obey the government as responsible citizens.

STN India has a broader perspective in reaching how to train men, by equipping them for every good work.

Latin America Trip, May 2022 One of The Bridge … END_OF_DOCUMENT_TOKEN_TO_BE_REPLACED